Diane’s historical drama The Wisdom of Serpents is now available at Barnes and Noble, Amazon, and your local bookstore! You can also check out her Amazon Author’s Page as well as her space on Goodreads.  The Wisdom of Serpents was a finalist for the 2009 Jane Chambers Award as one of the top five feminist plays adjudged that year. 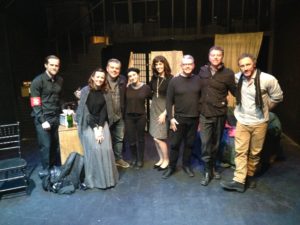 Thank you to everyone at The Blank Theatre in Hollywood, California, for your stellar job on Diane’s play, The Rake of His Heart (previously titled Rake),  which was developed through The Blank Theatre’s Living Room Series and culminated in a staged reading on Monday, February 18, 2019.  Pictured above right are: Burt Grinstead (Rausch), Kirsta Peterson (Virginia Hall), Andrew Lynford (Director), Jamie McRae (Simon), Diane Baia Hale (Playwright), Richard Shelton (Denis Rake), David Nevell (Max Halder), and Joel Bryant (Henri). The play has been named a finalist for the Arch and Bruce Brown Foundation Play Competition and a semi-finalist, Pride Films and Plays Contest. 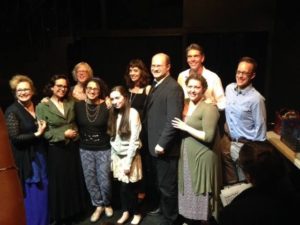 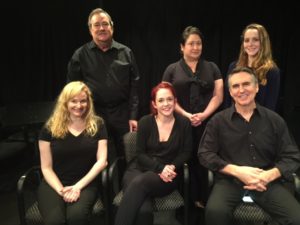 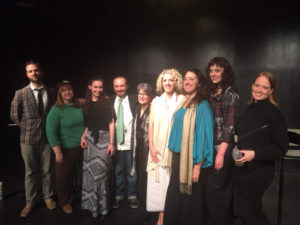