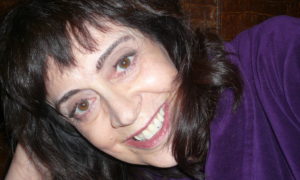 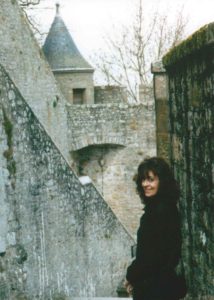 Diane is also the author of the play, The Wisdom of Serpents, a finalist for the Jane Chambers Award. The work has had concert performances at Northwestern University, Loyola University Chicago, McHenry County College, and Chicago Dramatists, as well as a reading for the University of Denver’s Voltaire Society, for which Diane also presented the lecture, The Pen is a Mighty Sword: One Fencer’s Journey as a Playwright.  Both The Wisdom of Serpents and Diane are featured in the new edition of Dr. Avis Clendenen’s Experiencing Hildegard: Jungian Perspectives. Diane also delivered a paper entitled “Magistra and Muse: Hildegard von Bingen, Ordo Virtutum, and the Twenty-Percent Dilemma in Modern Theatre,” about Hildegard (the subject of The Wisdom of Serpents and the author of the earliest known morality play, Ordo Virtutum) and the discrimination that modern female playwrights continue to encounter, at the 2014 49th International Congress on Medieval Studies.  The published version of The Wisdom of Serpents is now available at Amazon, Barnes and Noble, and at your local bookstore.

Diane has a bachelor’s degree in English literature and a master’s in business administration. She received her writing training through extensive coursework with the Playwrights’ Program at the University of 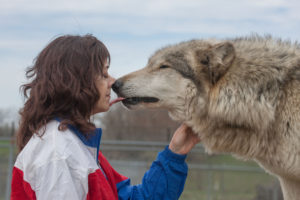 California at Los Angeles Extension and the Writers Program at the University of California at Irvine Extension; she also studied acting through the Laguna Playhouse Acting Program. She has traveled widely throughout Europe and Southeast Asia, and her experiences abroad have provided great inspiration for her plays. A former college instructor, she was also the owner of Lionheart Fencing Academy, coaching athletes for national-level competition and choreographing swordplay for the stage.  She is in demand as a guest speaker on women in athletics, as well as women in the arts.  In her spare time, she is a passionate supporter of the conservation of the North American gray wolf.